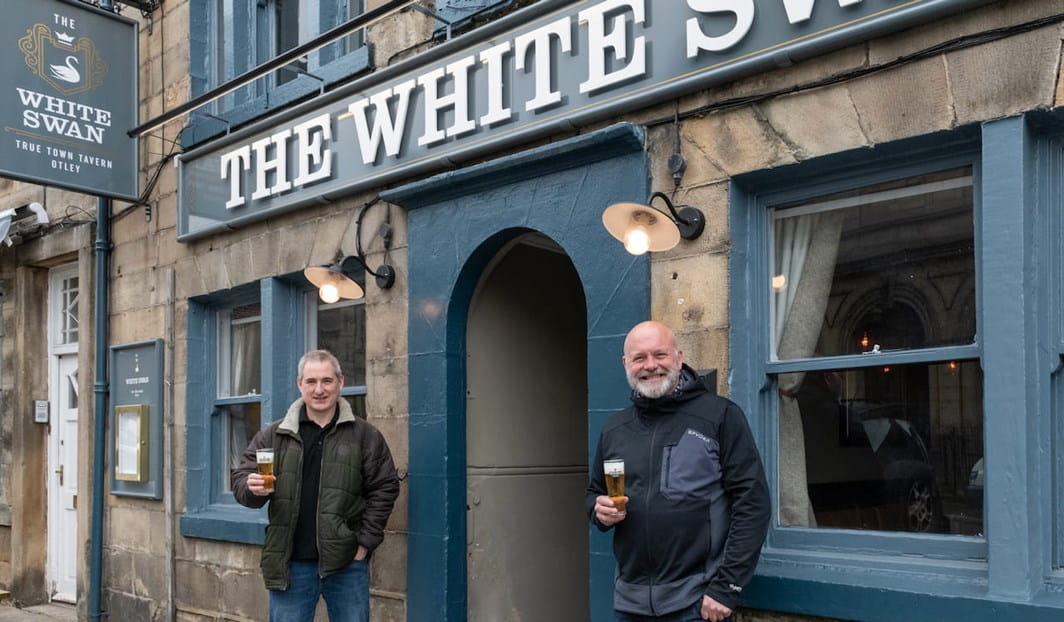 West Yorkshire based multiple operator, Jason Smith1 and his team were joined by Greg Mulholland and members of Otley Pub Club to celebrate the reopening of The White Swan in Otley on Monday following a joint £228,000 sympathetic upgrade with Star Pubs & Bars2.

Jason also took on the lease of another Star Pubs & Bars Otley pub, The Junction, in November, and will be taking on The King’s Arms, Silsden in June.  He plans to grow his estate with Star further over the next 12 months.

Jason says: “I have been reassured by the popularity of both pubs and happy with the real hands-on support I have received from my Business Development Manager, Craig Foweather, over the last few months and the rent relief provided by Star Pubs & Bars, which included zeroing rent during this latest lockdown.

“I am confident that business will come back to near normal in the next year.  So much so that my plan is to increase my pub estate to five pubs in West Yorkshire by the end of the year.  They’ll all be wet-led pubs offering a little bit of pub food.”

The reopening provided further reason for celebration as all five of Star Pubs & Bars pubs in the town have now been taken on by operators on long term leases, something Otley Pub Club had sought.  The pubs include:

The White Swan had opened again in early July once lockdown was eased.  Between then and mid-October when the pub closed for the refurbishment, Jason and his team had made it a popular destination for sports fans.

Jason says: “We’re in the town centre and yet were kept busy last summer as we showed Sky and BT sports in a safe and socially distanced environment.  Word spread, so we attracted new customers who either hadn’t been able to watch sports in person or were trying out new pubs with seating if they couldn’t get a seat in their usual haunts.”

The sympathetic upgrade and redecoration of the grade 2 building has increased seating capacity as well as provided the pub with more flexibility in terms of layout.  Outside was given a makeover with festoon lighting, picnic benches and barrel tables, a stone terrace, and fixed seating with loose cushions for warm dry days.

Jason adds: “I am passionate about keeping UK pubs alive.  I believe it is more important than ever to invest in pubs to provide customers with comfortable, safe and inviting surroundings to encourage them to come out.  It’s not enough just to open your doors and hope customers will come, especially in Otley which has more pubs than any other town in England; you need to continue to evolve and improve your offer.

Greg Mulholland, President of Otley Pub Club said: “It was great to have a preview of the refurbished White Swan, Otley, in advance of its reopening again from Monday 17th May. It looks great, just right for this important and historic pub and I’m sure it will please existing regulars and new customers alike. Jason and the team really understand the Swan and his vision and experience have been key to getting this right alongside Star Pubs, who listened and engaged and we thank them and Craig in particular for working with us, to everyone’s benefit.

“It’s also great that all Star’s pubs in Otley now have long-term tenants in place, which is good news for the town and Otley Pub Club will continue to support them all!”

Says Craig Foweather – Business Development Manager for Star Pubs & Bars: “I am delighted the project has finally been completed.  We have listened to the views of the community and Otley Pub Club about the look and feel of the pub.  We believe the result meets everyone’s needs.  The investment will help Jason and his team build on all their hard work making The White Swan a success during these challenging times.

“It’s great that Jason has also taken on The Junction and will be taking on The King’s Arms.  He is an experienced operator with excellent retailing skills and high hygiene standards.  He is also very well known in the local area from Harrogate to Ilkley and has a real understanding of what customers want.” 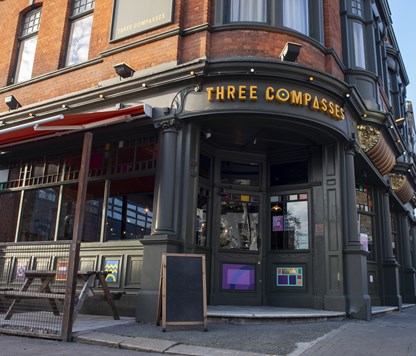 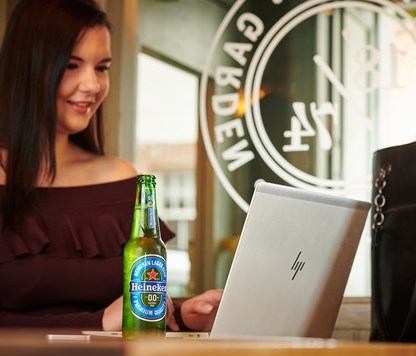